Luca Benini - Top Italian Scientist in Engineering
Luca Benini is the chair of digital Circuits and Systems at D-?ITET ETHZ. He received a Ph.D. degree in electrical engineering from Stanford University in 1997. He has served as Chief Architect for the Platform2012/STHORM project in STmicroelectronics, Grenoble in the period 2009-?2013. He is also a professor at University of Bologna and has held  visiting and consulting researcher positions at EPFL, IMEC, Hewlett-?Packard Laboratories, Stanford University. Dr. Benini's research interests are in the design of energy-?efficient digital systems with special emphasis on ultra-?low-power System-?on-Chip and green HPC systems.  He is also active in the area of smart sensors and sensor networks for consumer, biomedical and Internet-?of-Things applications. In these areas he has coordinated tens of funded projects, including an ERC Advanced Grant on Multi-?scale thermal management of Computing Systems. He has been general chair of the Design Automation and Test in Europe Conference, of the Network on Chip Symposium and of the  International Symposium on Low Power Electronics and Design. He is Associate Editor of the IEEE Transactions on Computer-?Aided Design of Circuits and Systems and the  ACM Transactions on Embedded Computing Systems. He has published more than 700 papers in peer-?reviewed  international journals and conferences, four books and several book chapters. He is a Fellow of the IEEE and the ACM and a member of the Academia Europaea. He is the recipient of the 2016 IEEE CAS Mac Van Valkenburg award.
Computer architectures Digital integrated circuits Embedded Systems Low Power design 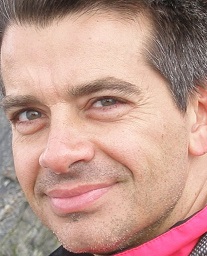